On March 10th, the Giant Screen Cinema Association (GSCA) staged a special Innovations Day at the Cosm Experience Center as part of its annual Film Expo, which took place at Universal City Walk in Los Angeles. This was the first in-person GSCA event in over 2 years.

Over 45 of the Film Expo attendees traveled from LA to Salt Lake City to join us – including over a dozen people from outside of the US who braved international travel.

The group was astonished and amazed and has been very vocal about their excitement and support. Ian McLennan, one of the most influential planetarians in the world, who himself revolutionized planetariums in the 1960s and 1970s, called CX Display (branded as DomeX for the planetarium industry) “the first quantum leap I have seen in this industry.”

Ian shared his glowing reflections with the attractions industry via an article at InPark Magazine. 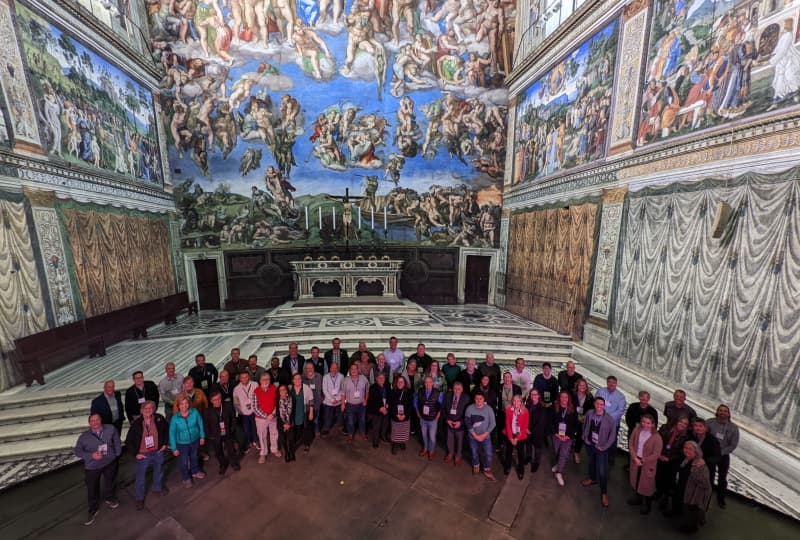 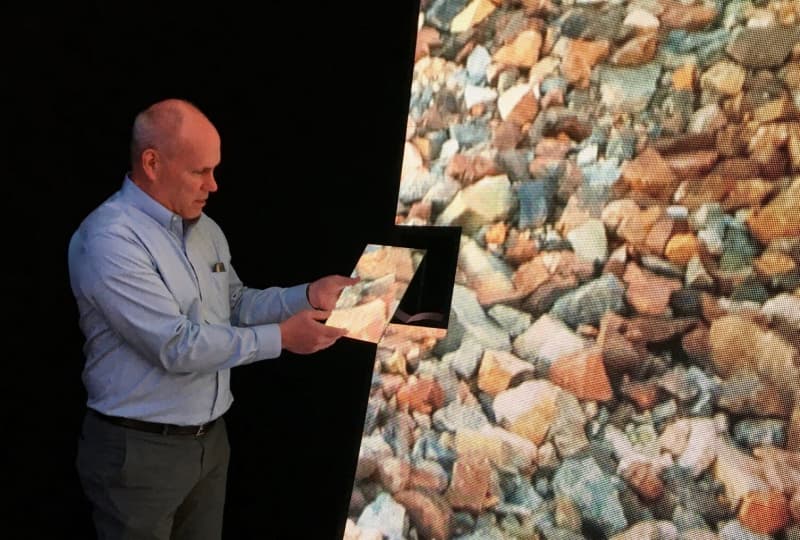 Kirk Johnson with one of the 7,970 LED replaceable modules which simply snap into place with magnetic clips. The modules are perforated to allow sound effects (as well as air flow) to pass through the dome superstructure). Courtesy Ian McLennan.