After years of development, Volume 2 of the Spitz Fulldome Curriculum has been released as a free supplement to all SciDome sites. The curriculum covers a wide gamut of subjects (see contents in sidebar) and gives educators a new library of slides, animations, and scene files to convey both straightforward and complex subjects.

As many of you know, I’m a fan of analemmas because understanding them leads to a wealth of knowledge about orbital dynamics. With Volume 2, we’ve added the ability to draw to scale analemmas on the planet, just like they were drawn on all quality Earth globes in the past.

There are six mini-lessons which can be combined into one super-class on Time and Timekeeping. Breaking these topics into self-contained subprogram cue files allows the user much more flexibility to adapt the curriculum into their own presentations if they so desire.

One of our favourite sections is the one on Time Zones which makes use of custom made slides showing time zones on the dome as they would be theoretically drawn, if no humans interfered. Then we crossfade into the real time zones. The Sun can also be moved along the zones to illustrate how time changes relative to universal time – a really cool effect!

Steve Sanders, Observatory Administrator at Eastern University, has produced numerous original simulations for Volume 2. These include accurate three-dimensional rotating eclipsing binary stars synchronized with their actual light curves; three-dimensional constellations to clearly show their 3D aspects as seen from other places in the Milky Way; and original depictions of the regression of lunar nodes, and precession of the Earth. One of the most compelling simulations shows exactly why we only have eclipse seasons twice a year separated by approximately six months. 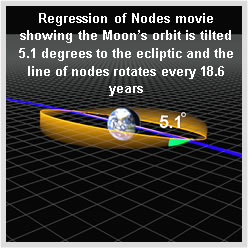 The regression of lunar nodes animation is used within the Lincoln Almanac Trial lesson to illustrate why the Moon’s high/low seasons were crucial in vindicating Lincoln’s defense of a client in 1857. Lincoln produced an almanac that said that the Moon was setting only three hours after transiting the local meridian – contradicting the witness’s claim that he saw the murder by the light of the moon.

The Precession video depicts what the precession of the Earth looks like from space and emphasizes that the motion of the equinoxes along the ecliptic is a simple consequence of this gyroscopic motion. The Eclipse video depicts the Earth-Moon system relative to the Sun through the year and wonderfully illustrates how the inclination of the Moon’s orbit causes its New and Full Moon shadows to only lie along the ecliptic during the two eclipse seasons.

You have to see these animations to truly understand how excellent they are! And since they are just mpg files they can also be shown in a classroom setting through a digital video projector. 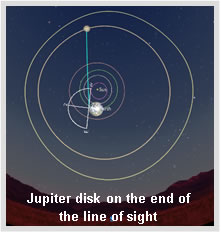 One of my primary purposes in planetarium education is to convey to my students straightforward ways to translate what they see in the sky into a fundamental understanding of why they are seeing what they see. This new class exploits the setting Sun’s position to then plot the positions of the other planets onto a curtate orbit chart which each student has on a clipboard.

I have had tremendous success using this method to convey the planets’ positions along the ecliptic to where they actually are in their orbits around the Sun, and the students never look at the skies the same way once they have worked through this class!

I have only touched upon some of the material contained within Volume 2. If you will take the time to peruse the numerous At A Glance scripts you will find an incredibly rich source of new astronomy topics for your audiences.

I’m very excited to have you explore the potential teaching features of Volume 2 with your students! Now it’s time to begin working on Volume 3. If you have any ideas that you’d like to see me create, just email me at dbradstr@eastern.edu.