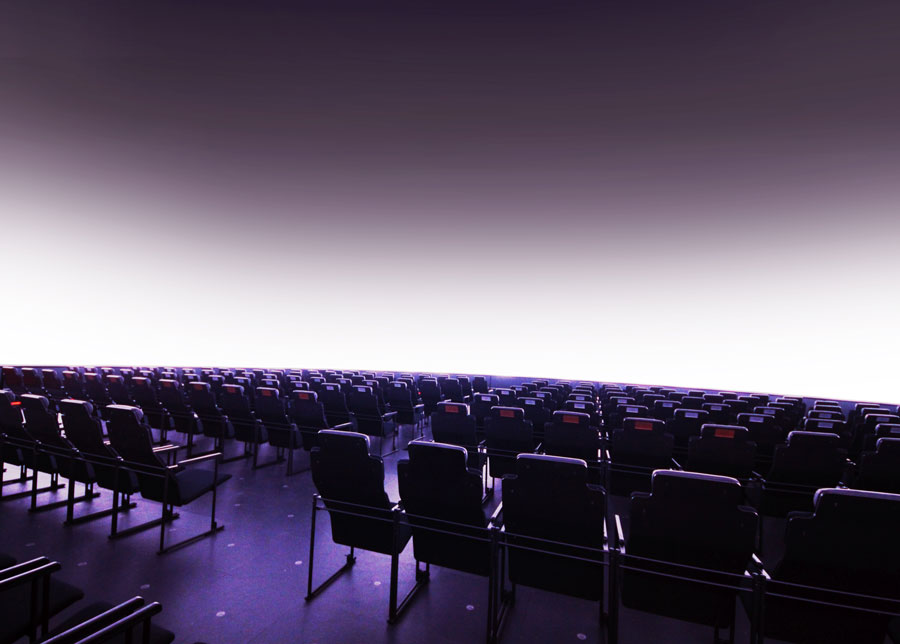 Opened in 1930, Chicago’s Adler Planetarium was the first planetarium in the Americas. Frequent updates in the intervening decades have kept it on the cutting edge of domed theater technology.

With their major growth initiative completed, the staff of the Adler turned their sights toward bringing their oldest, largest domed theater up to the state of the art. Digital projection technology was advancing at a rapid pace, with 8K (8000 x 8000 pixel) display capabilities looming on the horizon. The Adler began plans for a complete ground-up renovation to make their centerpiece theater once again the world’s most sophisticated planetarium.

After comparing available solutions, the Adler determined that only Spitz’s NanoSeam projection dome could deliver the seamlessness they were seeking for their flagship planetarium.

The project incorporated two unusual requirements. Rather than a 360º by 180º hemisphere ending at a spring line typically six feet or higher above the floor, the Adler wanted a dome surface that continued to, and even below, eye level. The resulting dome extends a total of 191º from horizon to horizon.

This design choice meant the entrance to the theater would actually come through the dome, rather than underneath it. The Adler’s specification further embraced this unconventional configuration by curving the dome gracefully into the entryway, rather than simply cutting a door into the dome. Spitz collaborated with the Adler team throughout this design process to create a unique and striking experience for the embarking audience.

With the renovation complete, the Adler’s primary dome reopened in 2011 as the Grainger Sky Theater. 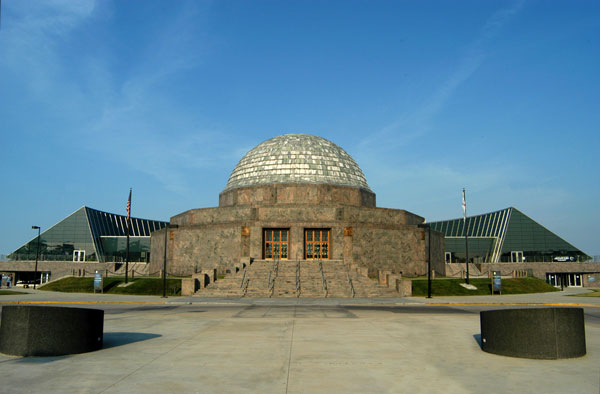 The seams are absolutely invisible under projection conditions. Having the screen surface ‘disappear’ from the scene adds depth and realism to the projection. 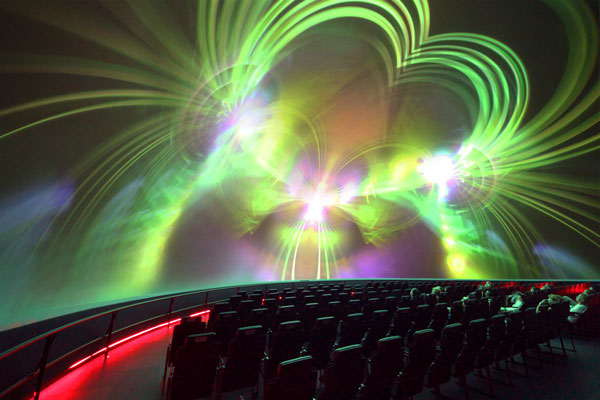