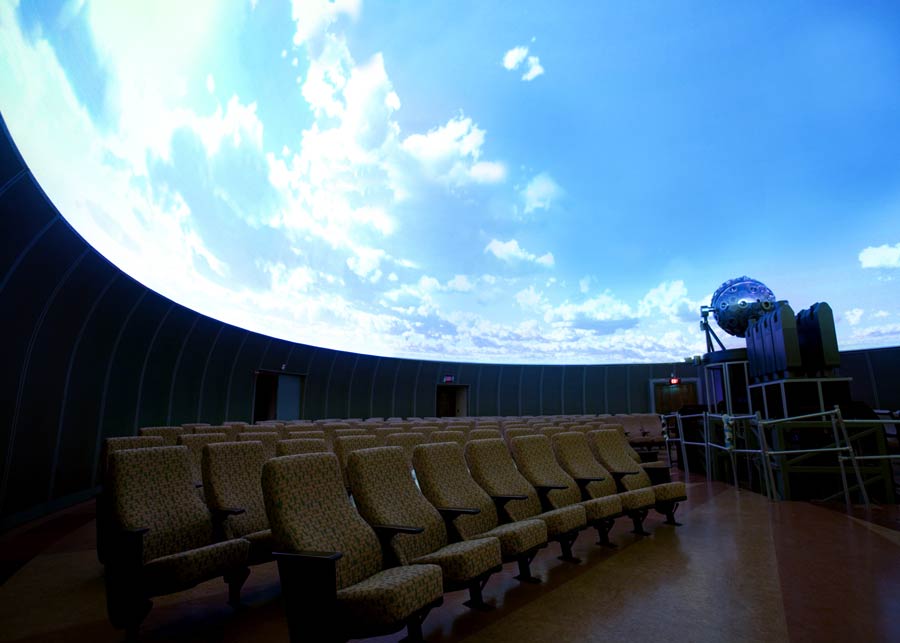 Completed in 1935, the Griffith Observatory is perhaps the most iconic planetarium location in the world. The distinctive art deco structure, with its commanding view of not only the stars above but the city below, has been featured in a wide variety of film and television productions.

The planetarium was renovated and upgraded in 1964, but by the turn of the century, advances in digital technology had left it behind. In 2002, the planetarium closed for a comprehensive reinvention from the ground up.

In addition, all these needs had to be met while providing a superior projection surface that would make the most of the theater’s new, state of the art digital projection technology.

The Griffith selected Spitz based on our demonstrated ability to complete the complex engineering and design work necessary to meet their specifications, as well as the superior projection characteristics of our Premium Seam product (at the time, the most seamless surface available; since then eclipsed for seamlessness by Spitz’s NanoSeam™).

We designed, fabricated, and installed an elaborate series of catwalks, as well as mounts for speakers and other attachments, all supported by the dome’s structural skeleton. For the intelligent lighting, we designed and installed removable portholes operated by linear actuators, which allowed for extremely low clearance between the dome and the lighting units.

The newly-renamed Samuel Oschin Planetarium reopened in 2006 to rave reviews. 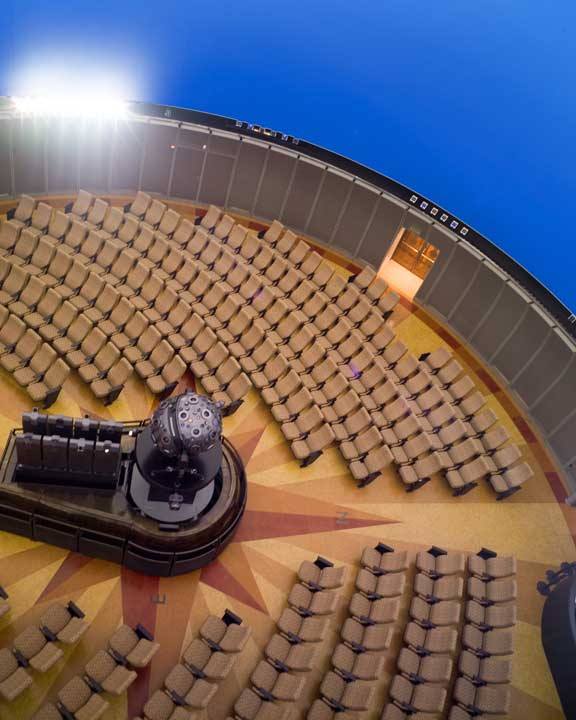 This unusual planetarium view was taken through one of the custom projection ports Spitz installed to the Griffith’s specifications. Image courtesy Duro-Design, who created the beautiful cork floor for the theater’s renovation. 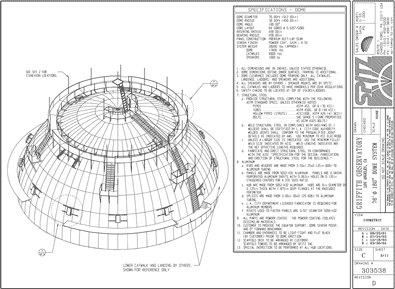 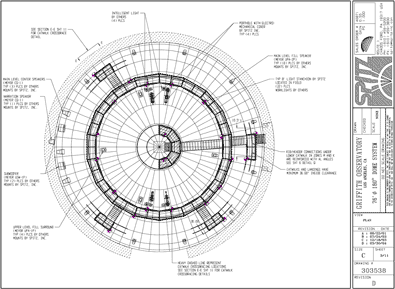 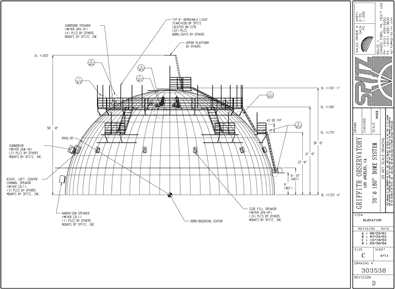 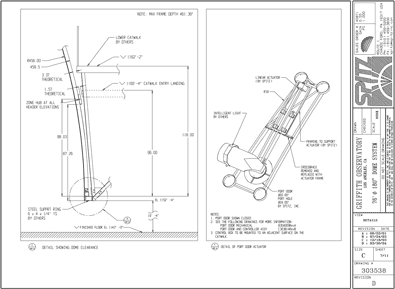 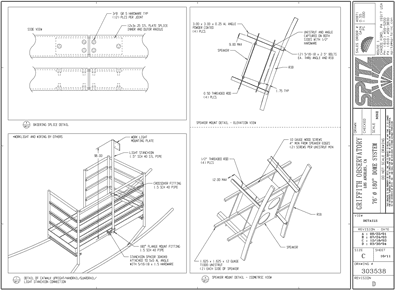