Starry Night reinvents planetarium presentation, combining classroom teaching with sophisticated fulldome simulation. Designed for educators, Starry Night is not only powerful, but intuitive and easy to use.

Starry Night shows a highly realistic view of the local surroundings with photorealistic scenes surrounding the audience. The sky appears natural and is shaded realistically for the time of day or night displayed.

Horizon Dimming – The horizons properly occult the background starfield, and exhibit proper brightness and color dimming as the sun sets/rises. User created photographic panoramas can be easily inserted and used as the default horizon.

Clouds – Multiple cloud effects can be chosen. The clouds display proper color and brightness shifts as the sun sets/rises.

Light Pollution – Light pollution can be added using either adjustable defined modes or user created “light pollution domes” simulating light in any region(s) around the horizon.

Other Planet Horizons – Horizons for other planets are appropriate for their surfaces and, if possible (e.g. Mars), created from detailed photographs.

Daylight Effects – The scattered light in a daytime sky can be turned off, resulting in a dark sky while the Sun is up. The Sun’s halo (including lens flare) can be turned on/off.

Cardinal Points – Cardinal points can be turned on/off, and their font type, size, and color can be adjusted. They appropriately show the directions at any point on any planet’s surface (including only “south” or only “north” at the North and South poles).

Commonly Used Grids – Common markers can be shown, including the local meridian, the local horizon, the ecliptic, the zenith, and the celestial equator. The poles and a grid can be shown for several coordinate systems. All of these options may be viewed separately or superimposed, and are color/intensity/thickness/font adjustable.

Celestial Coordinates – Defined with respect to the stars

Extra-Galactic Coordinates – Defined with respect to the supergalactic plane.

Precession Circle – Precession circles for the north and south poles that can be color adjusted.

Planet Grids – For planets, local Latitude and Longitude and pole sticks may be viewed.

Circumpolar Circle – A circle showing the region of circumpolar stars at a given latitude that can be color adjusted.

Stick Figures – All 88 constellations may be viewed as stick figures, with the major stars in the constellation being connected by lines. Stick figure colors and intensities may be adjusted.

Illustrations – All 88 constellations may be viewed as classical illustrations.

Labels – Labels may be applied to all constellations. Font type, size, color, and intensity may be adjusted.

Display Options – All constellation options may be shown individually or collectively. A constellation selector cursor is available, providing the user with the ability to simply click on a constellation to show the selected options for the constellation.

Object Labels – The brightest objects in any (or all) groups may be labeled, making it easier to pick them out in the sky.

Trails, Paths – Celestial and local paths may be shown for all moving objects. Also, objects can be made to leave trails as they move across the sky.

Orbit Lines – The orbits of solar system objects may be displayed.

Heads Up Display – Detailed information on any object, including coordinates, object type, and magnitude, can be easily obtained by simply holding the CTRL button and moving the mouse over the desired object in the sky. Also referred to as the HUD.

Hour Angle Lines – Lines can be drawn from the meridian to any object in the sky to mark out its hour angle.

3D Shadow Cones – Proper shadow cones can be displayed for all planets and moons. Either the umbra, penumbra, or both may be shown, with the color user selectable.

Zooming/FOV – Any region of the sky may be zoomed in from the default field of view (FOV) of 191° x 191 to less than 1” by 1”. For certain objects (e.g. galaxies, nebulae, etc.), a photo-realistic image of the object will be seen when available. The FOV can be centered anywhere from the horizon to the zenith.

Telescope FOVs – Sample telescope and binocular field of views may be shown, giving an indication of what the view would be like with those instruments.

Eclipse Markers – Eclipse markers for the Earth and the Moon show the circles of total and partial eclipse.

Text and Images – Text or images may be inserted and locked to either alt-az or RA/Dec. Nearly all properties may be changed (e.g., size and position), and they may be slewed at any rate.

Distance Spheres – Customizable distance spheres may be created for any distance from any object in the solar system. Color, opacity, gridlines, etc. may be adjusted.

Motions – Daily and annual motion are accurately shown from any location on Earth by either selecting from a list of approximately 9,000 large cities, from a map, or by entering latitude/longitude. Along with daily and annual motion, latitude and heading motions can also be seen from any location on Earth (exactly the same as on an opto-mechanical system), as well as any other planet, dwarf planet, or moon in the solar system.

Lighting Effects – Starry Night accurately represents all lighting effects (including shadows) for all 3D positions in space and at all magnification levels.

Adaptive – Can change the viewing direction, and can change to other tools automatically (e.g., it will change to a selection tool when pointing to a selectable object).

Arrow – Highlights objects in the sky. Multiple objects may be selected while holding down the Shift key.

Hand – Changes the viewing direction (i.e., dragging the sky left or right, and up or down).

Angular Separation – Displays the angular separation between two objects as seen from the current viewing position.

Surface Images – Both the Moon and the Earth have multiple surface images that may be applied.

Orbital Accuracy – All planets have accurate 3D positions and motions with a minimum range of accuracy between 5,000 BC – 5,000 AD.

Magnification – On top of the standard zoom capability, all planets may be artificially enlarged for ease of viewing (e.g., in order to view all planets orbiting the sun from above the ecliptic). This in no way affects the positions or motions of the enlarged bodies.

Go to/Landing – Not only may operators “go to” any planet, but Starry Night provides the capability to land anywhere on the surface (complete with a realistic horizon) and observe the sky.

Earth’s Moon – Accurate bump-mapping calculated from 3D maps is applied to the Moon (as for the Earth), resulting in realistic shading effects.

Other Moons – All known moons are included with correct motions.

Asteroids – By default, Starry Night contains approximately 250 named asteroids, with orbital information based off of data from the Minor Planet Center. An additional ~2500 asteroids can be downloaded.

Comets – There are approximately 250 comets in Starry Night, with their orbital data obtained from the Planetary Services Division of SAO (Smithsonian Astronomical Observatory).

Meteor Showers – The meteor shower database uses data from the International Meteor Organization and marks the positions of the major meteor shower radiants.

Manmade Objects – Starry Night contains launch and orbital information of almost every object launched into space. New data can be downloaded and installed from the Starry Night website. Appropriate 3-D models are used for all included space missions.

Orbital Accuracy – All dwarf planets, moons, and well-known asteroids have accurate 3D positions and motions with a minimum range of accuracy between 5,000 BC – 5,000 AD. Since most manmade objects launched into space have no long-term survivability, their orbital data must be frequently updated from the Starry Night website.

Surface Imagery – Where available, all objects have surface maps taken from detailed images of their surfaces. 3D models are used for all manmade objects.

Magnification – Like planets, all other solar system objects may be artificially enlarged for ease of viewing. This in no way affects the positions or motions of the enlarged bodies. By default, the Moon is enlarged so that orbital phasing may be easily seen. This option can be turned off.

Land on Surface – Like planets, operators may “go to” any other solar system object, with the ability to land anywhere on the surface (complete with a realistic horizon) with the exception of manmade objects.

3D Binaries – Binary stars shown as 3D bodies demonstrating proper shape derived from light and radial velocity calculations.  3D binaries are properly sized and orbital speed is correct. Major/known binary star shapes are accurate, and correctly represent the equipotentials of both stars, along all points of their Roche surfaces.

Starfield – The starfield may be limited by magnitude, distance, or both. The default limit is magnitude 7 or brighter.

Number of Stars – The number of stars shown can be adjusted, allowing for sight beyond the human eye’s ability to see unaided.

3D Positions – The 3D positions of stars, when known, can be used to show accurate positioning when outside the solar system. There is also the ability to show only those stars that have accurate 3D positions, allowing for a better view of the 3D structure of the solar neighborhood.

Star Types – There is a range of different star types to be displayed (e.g. “blurry”, “crisp”), with each mode adjusting the image used for displaying the stars.

Star Sizes – Both minimum and maximum star sizes are adjustable, allowing for customization of the relative apparent sizes of the stars.

Hipparcos Catalog – The Hipparcos catalog contains approximately 100,000 stars and was created by the Hipparcos satellite (launched by the ESA). It collected photometric and astrometric data.

Tycho Catalog – The Tycho-2 catalog (with less astrometric precision but photometry in both B and V) is an extension of the Hipparcos catalog, and contains approximately 2 million stars.

USNO Catalog – A portion of the USNO-A2 database is included for fainter objects, with approximately 75 million stars down to magnitude 15th magnitude. If desired, the rest of the over 500 million stars can be downloaded.

Binaries/Variables – Special markers can be set for variable stars and binaries.

Extrasolar Planets – Special markers can be set for stars known to have planets.

A number of deep sky objects are included in Starry Night, drawn from a variety of catalogs. Many of these groups contain repeated objects, but are included anyway for those familiar with and wanting to view a particular group of objects.

Abell Clusters of Galaxies – A catalog of 2712 galaxy clusters identified by Abell from data from the Palomar Observatory Sky Survey.

Arp Peculiar Galaxies – A catalog of 338 peculiar galaxies created by Halton Arp with data from the Palomar 200-inch telescope.

Caldwell 109 – deep space objects not in the Messier catalog that are viewable with a small telescope. Compiled by Sir Patrick Caldwell-Moore.

Covington – A database of 200 stars and deep-sky objects compiled by Michael Covington.

DSC – A collection of 100 double stars compiled by Mike Benson for the Double Stars Club of the Astronomical League.

Hubble/Spitzer/Chandra – A collection of about 100 images taken by three of NASA’s Great Observatories.

LGC – The approximately 30 nearby galaxies that form the Local Group created by Bill Arnett.

Navigational Stars – The 57 stars used for celestial navigation in the Nautical Almanac.

Nebula, Planetary – A collection of approximately 1500 planetary nebulae from the Perek-Kohoutek catalog.

Nextstar 5 Stars – All 10,000 SAO stars in the star catalog built into Celestron’s Nexstar 5 and Nexstar 8 telescopes. Created by Alan Touchberry.

Variable Stars GCVS-Hipparcos – Over 8300 variable stars compiled by Ray Colley from the GCVS Vols. 4 and 5 in addition to the Hipparcos catalogs of Periodic and Unsolved Variables.

Zwicky Cluster of Galaxies – A database of 9134 galaxy clusters compiled by Fritz Zwicky. 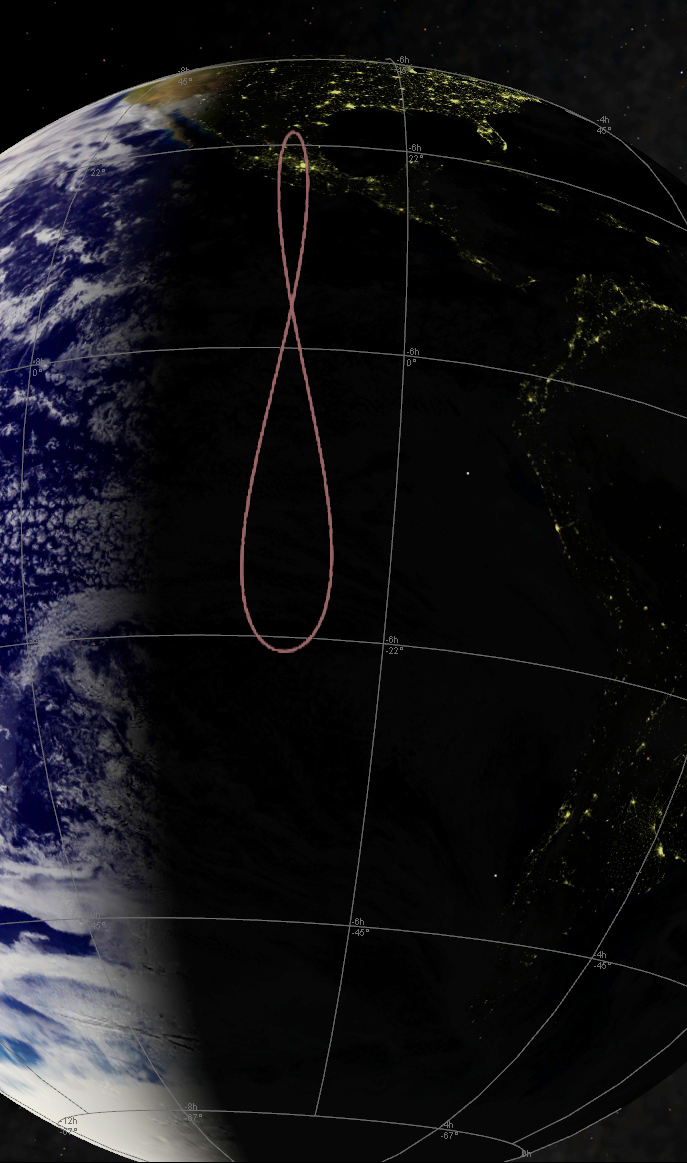 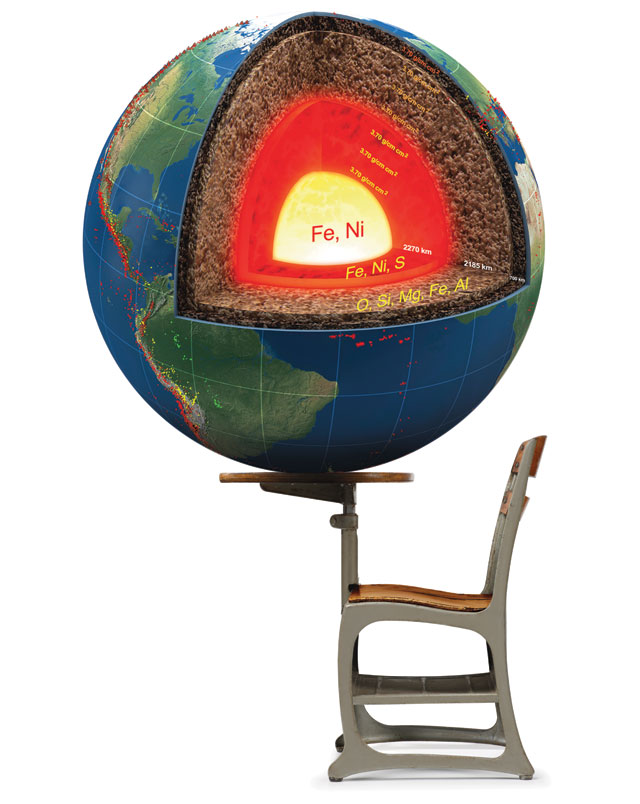 Only SciDome gives you SciTouch, a completely unique interactive dome controller that gives you direct contact with the visuals on the dome. 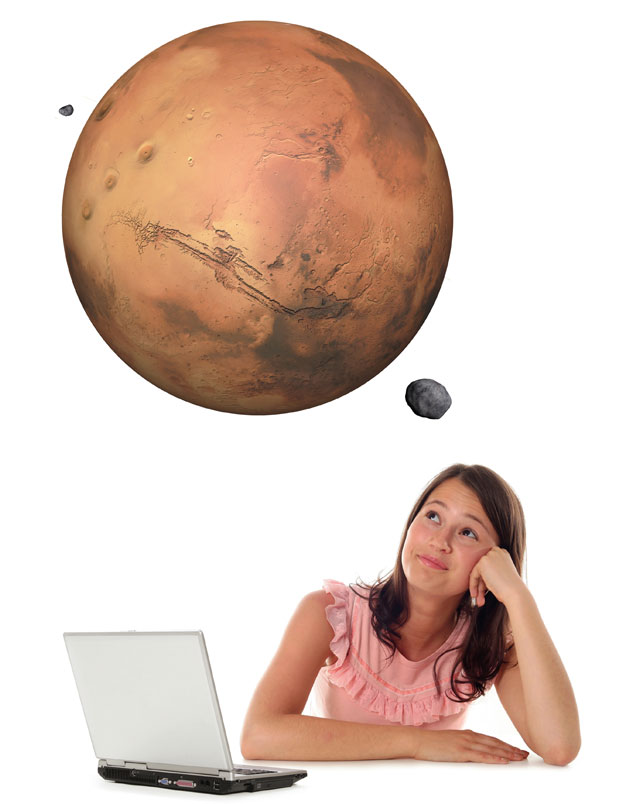 Teaching tools that connect the dome and classroom environments.