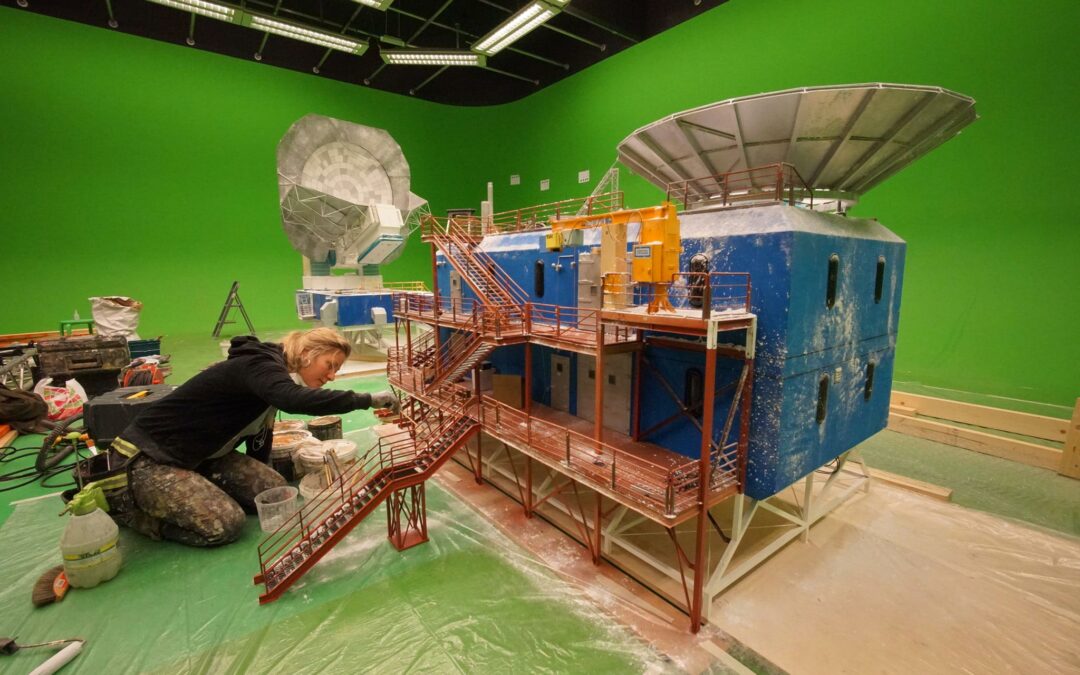 A Small Solve For a Big Production Challenge

The old adage that “necessity is the mother of invention” has rung true this past year due to the coronavirus pandemic, as thousands of planetariums and science institutions have scrambled to redefine how they present to their audiences. Unable to use their domes, planetarians have turned to Zoom, social media, and kitchen green screens to tell their stories.

But what happens if the story you want to tell is at the South Pole?

In 2017 and 2018, the nine telescopes of the EHT network simultaneously observed the black hole at the center of the elliptical galaxy Messier 87 in the Virgo constellation. The data resulted in the first direct image of a black hole and the region of space around it, and the picture serves as the inspiration for the film.

After visiting most of the EHT network telescopes during production, Sip’s team faced an important visual conundrum: with travel in 2020 brought to a standstill due to the pandemic, how best to showcase one of the EHT’s most impressive observatories.

The South Pole Telescope, built 9,200 feet above sea level at the Amundsen-Scott South Pole Station in Antarctica, would be nearly impossible to get to even without a global pandemic due to cost and production limitations. Perhaps a computer-generated version of the SPT would suffice.

But then again, this is Robin Sip we’re talking about.

An immersive and fulldome content producer for more than two decades, Sip has played an important role in raising the production value and narrative depth of planetarium films. The recipient of the International Planetarium Society’s prestigious Technology and Innovation Award, Sip has pioneered advances in both computer-generated and live-action production techniques, and films like Natural Selection and Mars 1001 have been acclaimed by audiences and colleagues alike.

So when given a choice between computer-generated visuals and practical effects to complete Black Hole: First Picture, Sip’s team set out to create a first-of-its-kind physical prop. Over the course of six months, Sip’s team created a 10:1 scale model of the South Pole Telescope at their studio in the Hague. Three large 3D printers consumed more than fifty liters of resin to produce the physical set that would allow Sip to create the cinematography envisioned for the film. As Sip wryly commented, “it was either a stroke of genius, or a stroke.”

The “miniature” set is still more than 25 feet in length and required extensive painting, assembly, and weathering to precisely match the look and feel of the real South Pole Telescope. Built in a full green-screen studio, Sip and his team can produce camera shots of the Telescope that would be unsafe – or impossible – at the South Pole.

Originally intended for release in 2020, Black Hole: First Picture is now scheduled to premiere in late 2021. 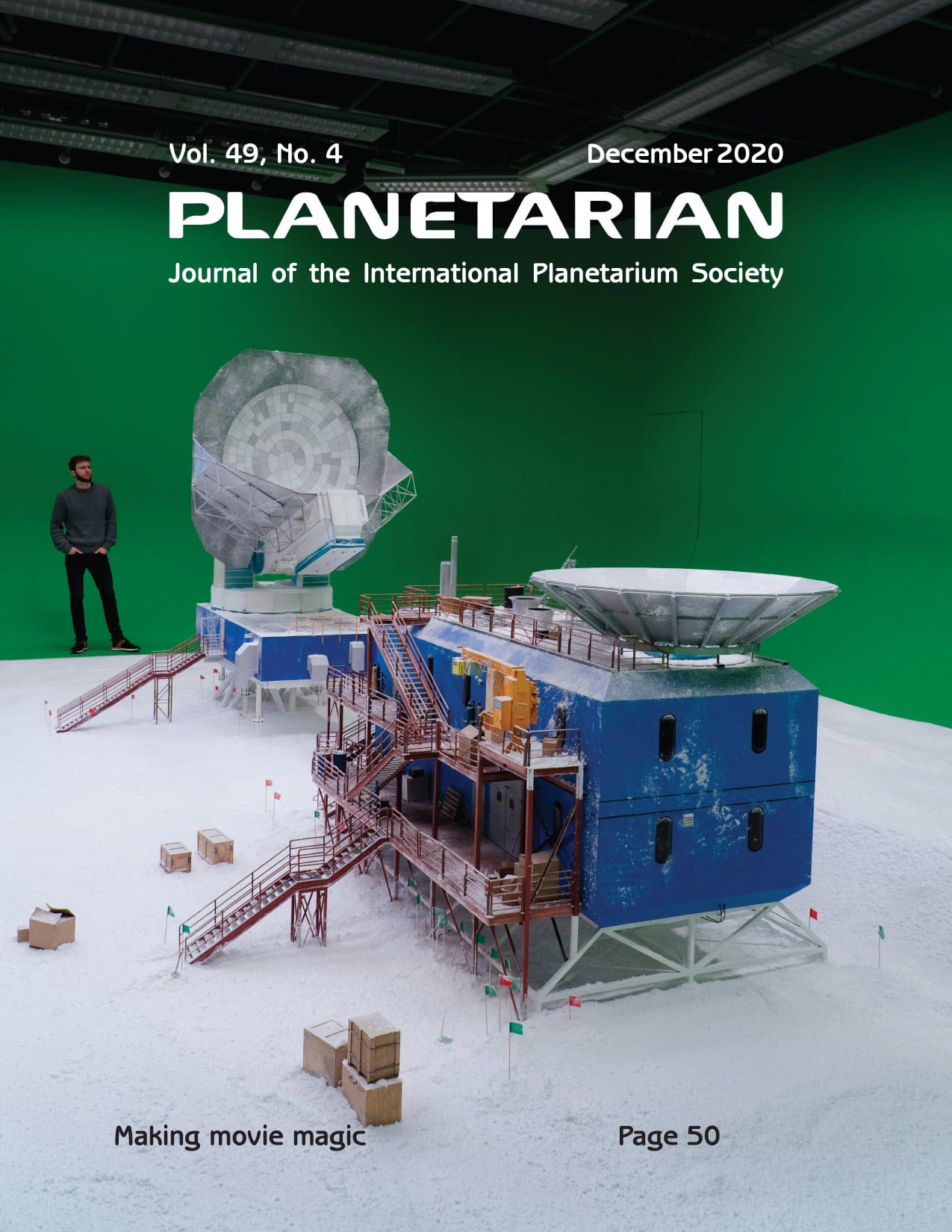 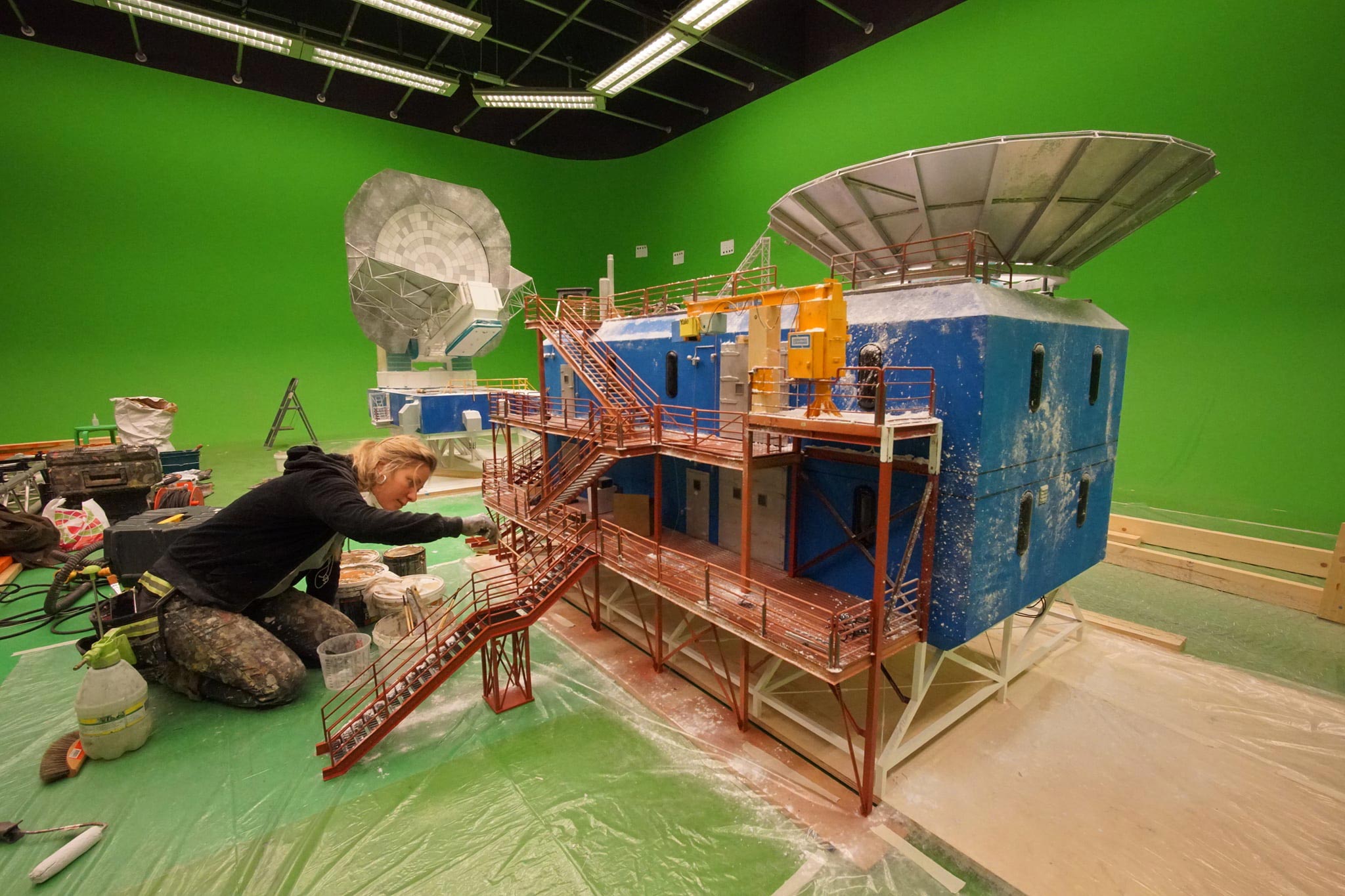 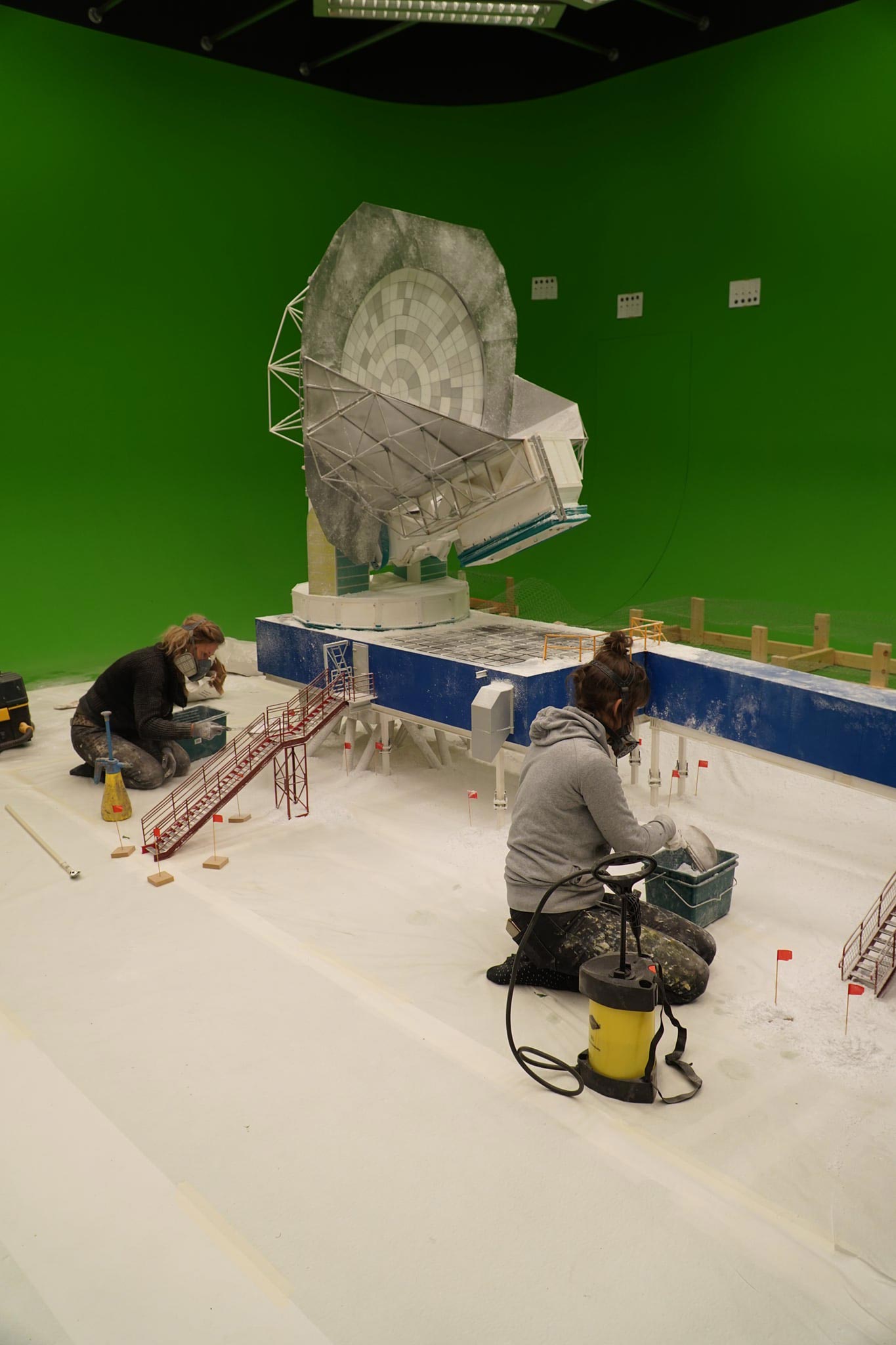 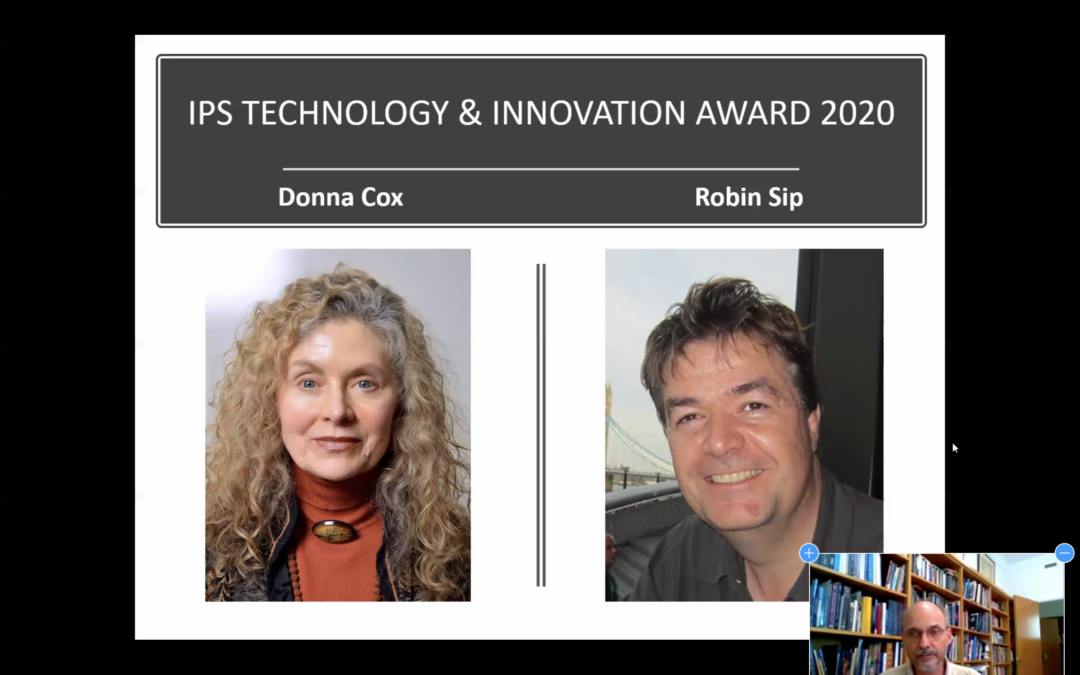 Congratulations to Evans & Sutherland Director of Show Production & Content Robin Sip, who today received the International Planetarium Society Technology & Innovation Award 2020 for his innovative use of fulldome film as a creative medium! 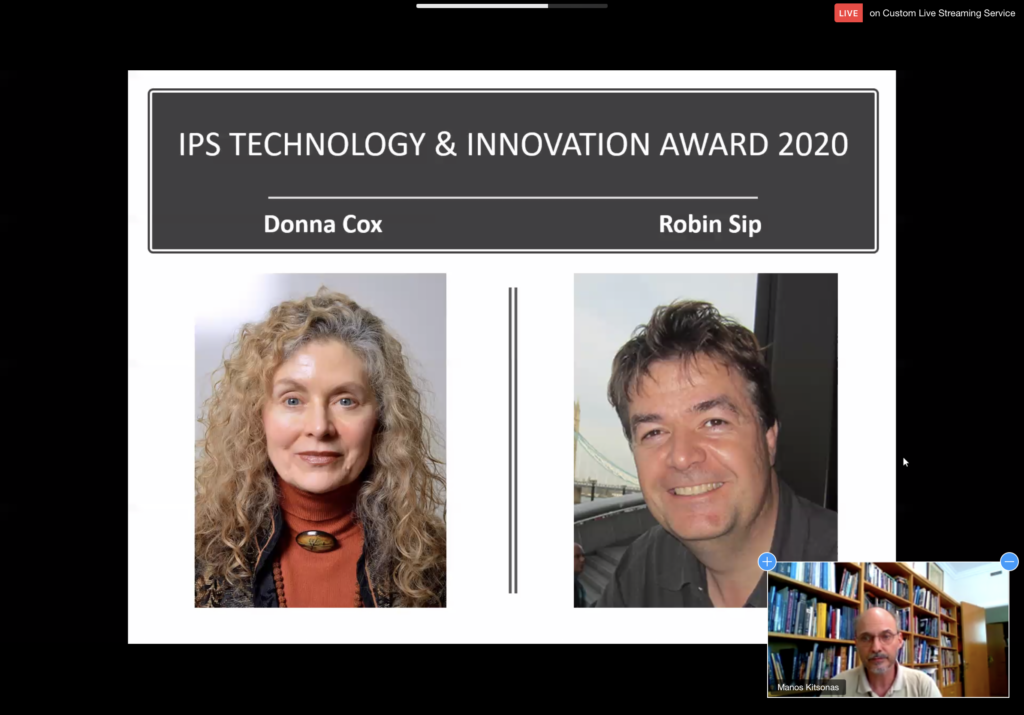