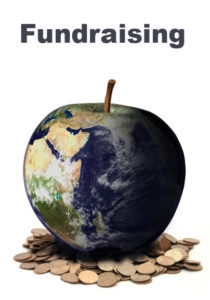 Planetarium technology isn’t the only thing that’s changed from the last heyday of planetarium installations in the ’60s and ’70s. 21st century fundraising is also a new concern for today’s educational planetariums.

Today, a planetarium upgrade (or construction of a new one) may well require you to get involved in fundraising efforts. While many museums and colleges have development staff in house, most schools with planetariums don’t. You and your colleagues may need to become more savvy and proactive regarding your sources for funding. Here are a few ideas for how to make your upgrade a reality:

Though most planetarium professionals wouldn’t think of it as “fundraising,” we recommend educating your administrators about digital planetariums.

New astronomy education possibilities, multi-curricular options, and the powerful impact of fulldome digital projection may be obvious to many of us, but they’re probably unknown to decision makers at your school. Making this an on-going discussion helps spread the word to your community about the need for support. 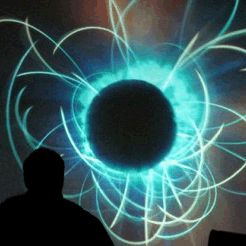 Spitz presenting a SciDome demonstration at a planetarium fundraising event

Many schools schedule on-site demonstrations of our SciDome digital planetarium systems for their administration, school board, superintendent, and staff. Often, this is just the push that’s needed to make the planetarium upgrade a priority.

Talk to Your Audience

Don’t be shy mentioning the need for support to your public audiences, or displaying the message via a dome slide, as the audience gathers. Be on the look-out for local companies, businesses and individuals interested or able to make donations in support of your planetarium and its mission.

Grants vs. Corporate or Individual Giving

Many planetarians ask us about sources for grants to be used for an initial upgrade to a digital planetarium, or for replacing/upgrading components of the digital planetarium they already own. The NSTA‘s Shell Science Lab Challenge and NASA’s Competitive Program for Science Museums, Planetariums and NASA Visitor Centers are examples of grants that may fund a planetarium or program.

A professional grant researcher/writer can also help, but realize long lead times, plus the amount of competition, can be daunting. Tapping generous local alumni or a local company may be much quicker, and more straightforward. 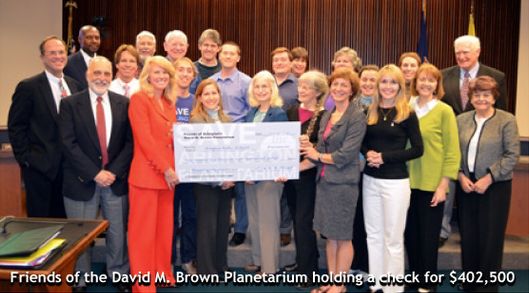 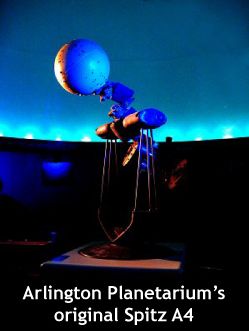